Get fresh music recommendations delivered to your inbox every Friday.
We've updated our Terms of Use. You can review the changes here.

by The Dead Monkeys 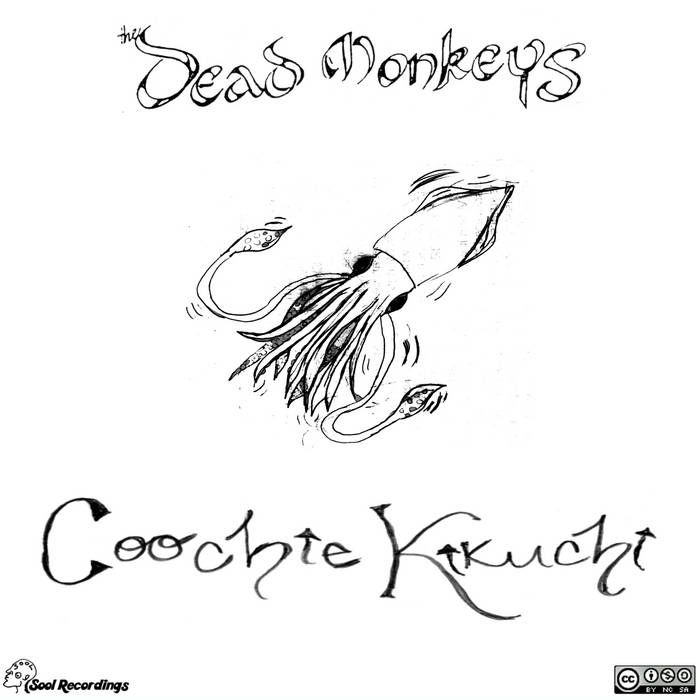 Coochie Kikuchi is the first non-cassette release by The Dead Monkeys and their first record in over 15 years. Recorded in Japan, Massachusetts, and Maine, the vastly different recording environments of this record are blended together beautifully by the tasteful mastering of Pete Weiss in his Verdant Studio located in the magical Kingdom of Vermont.

Ken O'Keefe - drums, Kevin Quinn - bass & vocals, Neal Spaulding - guitar & vocals. Drums recorded by Freddy Kikuchi in Tokyo, Japan. Mastered by Pete Weiss at Verdant Studio, Vermont. All songs written by The Dead Monkeys except "My Life's Not So Good" by Daniel Pope. Special thanks to Ron Martin (for the recording of his dog George), Kelly Quinn (vocals on Super Nerd) and Cassia Spaulding for the exquisite cover art.

It was 1978 in the suburbs of Poughkeepsie when Ken O'Keefe transported his drums to guitarist Don Carlow's house on Robin Lane and were joined by Neal Spaulding on the electric bass. Shortly after Don left, Neal moved to guitar and Kevin Quinn took over on bass and the band began playing out and recording. After many conquests, forfeits, and life stories, the Dead Monkeys continue to make music. ... more

Bandcamp Daily  your guide to the world of Bandcamp